US tech firms like Uber, Lyft, and DoorDash could pay gig workers up to 15% of their compensation in stock under new proposal 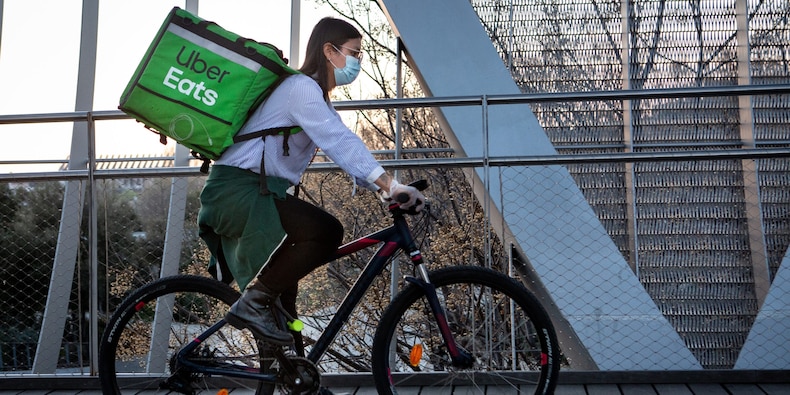 US app-based technology firms like Uber, Lyft, and DoorDash could offer equity compensation to their gig workers under a new SEC proposal announced Tuesday.

The regulator proposed a pilot program for tech platforms that employ food-delivery workers or drivers to get paid up to 15% of their compensation in stock rather than cash. Gig workers could not be paid in equity previously, but regular employees could.

Food delivery workers have especially played a critical role in the US economy during the pandemic. The proposal addresses labor activist efforts that aim to improve job security and employee benefits for the fast growing gig-economy.

“Work relationships have evolved along with technology, and workers who participate in the gig economy have become increasingly important to the continued growth of the broader US economy,” SEC Chairman Jay Clayton said in a statement.

Read More: A portfolio manager at $38 billion Baron Funds shares his checklist for investing in the most promising SPACs — and names 3 of the booming ‘blank-check companies’ he finds attractive now

The SEC proposal will be open to a 60-day public comment period. It may only come into force under new leadership chosen by President-elect Joe Biden.

Both Uber and Lyft were sued earlier this year by the California attorney general to enforce a labor law that requires their gig workers to receive the same benefits and treatment as employees. But the companies won a referendum, called Proposition 22, that allows them to continue compensating their app-based workers as independent contractors rather than workers on their payrolls.

Read More: Morningstar’s top stock pickers say these are the 10 highest-conviction stocks they recommend — which top fund managers recently piled their money into