Taco Bell fans are demanding the chain bring back Mexican Pizza after announcing the return of potatoes. Here's why a top Taco Bell exec says not to give up hope. 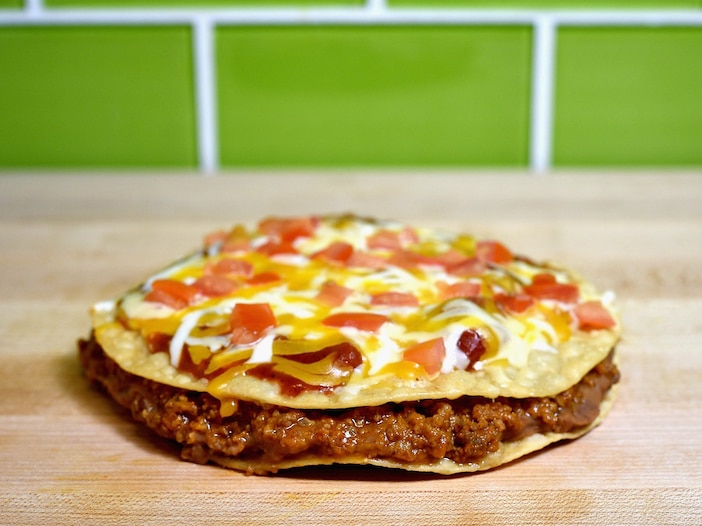 Taco Bell cut the Mexican Pizza from menus back in November, but some fans now have renewed hope that it might come back soon.

The Mexican Pizza was one of more than a dozen items cut from Taco Bell’s menu in 2020, alongside other beloved items like the seven-layer burrito and cheesy fiesta potatoes. Mexican Pizza consists of a flour tortilla shell filled with refried beans, seasoned ground beef, and Mexican sauce, topped with another tortilla, Mexican sauce, cheese, and chopped tomatoes.

“While we know fans may be understandably sad to see some of their favorites go, this evolution of our menu truly paves the way for fresh new ideas,” Taco Bell President and Global Chief Operating Officer Mike Grams said in a September press release.

Since the announcement, fans have rallied around the Mexican Pizza and called for Taco Bell to bring it back.

Fans shared recipes to recreate the dish at home, and a popup in Austin recreated the Mexican Pizza and other dishes fans missed the most.

Now, Mexican Pizza lovers might have reason to hope again. On January 14, Taco Bell announced potatoes would return to menus in March after months of protest. “We definitely heard from our consumers – because they love our potatoes,” Taco Bell’s global chief food innovation officer Liz Matthews told Insider. “We do have a direct line with our consumers and they’re loud and vocal, and we love that because they’re passionate about our brand.” 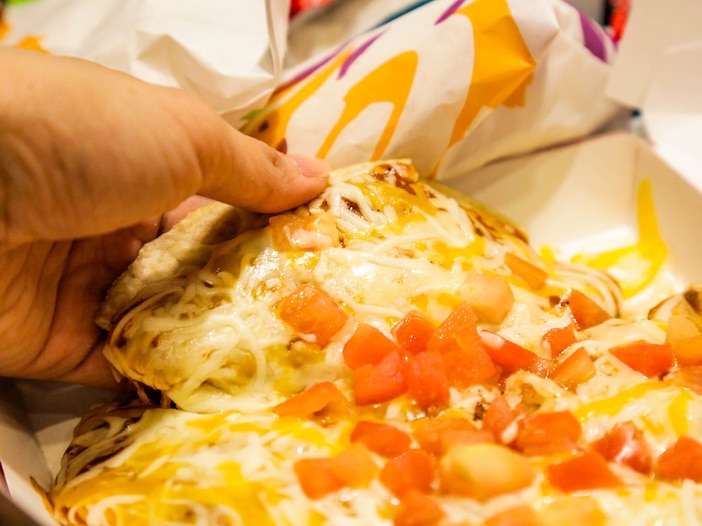 When Insider asked about the potential return of Mexican Pizza, Matthews said “I think there’s always a chance. We’re constantly listening to our customers. So, I wouldn’t pull that off the table.”

Taco Bell frequently changes its menu, though rollout of new items slowed slightly during the pandemic. Despite outcries from fans last year, the leaner menu proved to be a smart decision as Taco Bell shifted to more drive-thru orders, and sales grew 5% in the quarter following the menu change.

Now, Taco Bell says it is working on new plant-based items in collaboration with Beyond Meat and new chicken items.

A Goldman Sachs sign is seen on at the company's post on the floor of the New York Stock Exchange. B...

Albertsons Cart is Full as Covid Windfall Gets Extended January 13, 2021