Retail workers may face a higher risk than shoppers of catching COVID-19 on Black Friday, even as stores like Walmart, Target, and Best Buy increase safety measures 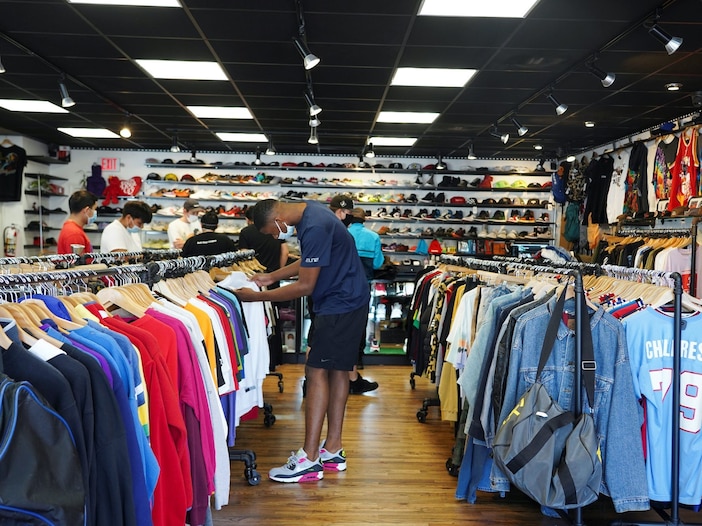 Retail workers are gearing up for an unprecedented — and potentially dangerous — Black Friday.

Stores like Best Buy, Walmart, and Target will open later and spread deals across several days or weeks this year to decrease big crowds. The stores have also increased curbside delivery and online deals.

But any kind of indoor shopping this Black Friday could be risky. The Centers for Disease Control and Prevention has labeled shopping “before, on, or after Thanksgiving” a high-risk activity. Reduced hours may even lead to more overcrowding, having the opposite effect than intended, experts previously told Business Insider’s Mary Meisenzahl.

Despite the warning, 54 major retailers surveyed by the National Retail Federation said they had no plans to close stores on the holiday, with about two-thirds of retailers anticipating all of their stores to be open for the duration of the holiday shopping season. Of the retailers surveyed, 50% said they would not hire additional security to specifically enforce “social distancing and face covering requirements among customers.”

Without safely reducing or eliminating crowds during Black Friday, frontline retail workers may have to brace for a dangerous working conditions.

If stores get busy on Black Friday, retail workers could be in a particularly dangerous situation.

Experts expect the recent surge in coronavirus cases to continue as Americans continued to travel for Thanksgiving this year, despite the CDC’s recommendation against it. The seven-day average of cases as of November 24 was more than 169,000, an all-time high. At least 250,000 Americans have died from the coronavirus, and the US for the first time recorded 1 million new COVID-19 cases within a single week.

Retail workers’ risk of catching the virus is still difficult to quantify. The New York Times recently reported most states provide limited data where outbreaks start. One study in the journal Occupational and Environmental Medicine found that of 104 grocery workers tested in a Boston store, 20% had COVID-19 — “a significantly higher rate of infection” than that seen in surrounding communities.

But if stores get busy on Black Friday, in combination with the climbing case counts, retail workers could be in a particularly dangerous situation.

The coronavirus can travel in the air further than six feet, especially in enclosed, poorly ventilated spaces. For instance, if an infected shopper talks or coughs, they would release small microdroplets that may linger in the air for a few minutes in enclosed settings.

The CDC since May has recommended “improving the building ventilation system” as a way for employers to safely resume operations, and the Occupational Safety and Health Administration recently issued guidance on how workplaces in general can filter air.

Big-box stores like Walmart, Target, and Best Buy have detailed their plans to keep shoppers safe, but those plans did not appear to include additional precautions to protect employees, like increased air-circulation measures. Walmart and Target did not respond to Business Insider’s request for comment on if they planned to hire additional security for enforcement of mask protocols and whether they had plans to ventilate stores. A representative for Best Buy directed us to the company’s Black Friday plan, which Business Insider previously reported on.

Research has shown — and updated CDC guidelines indicate — that exposure to the virus is cumulative, not consecutive. That means an employee who spends eight hours in the store interacting with many people in short spurts is more likely to contract the virus than one shopper who stops in for 15 minutes. CNN reported in April that workers who faced the greatest risk of contracting the disease were those who spent “the most direct contact” with other people, like cashiers.

Workers at Target and Walmart went on strike this spring over unsafe working conditions and a lack of paid sick leave for COVID-19. This summer, employees at Kroger, Costco, and Waffle House, among others, reported facing violence and assault when they tried to enforce mask policies.

At Amazon, Walmart, Petco, and PetSmart, employees have called for an additional $5 an hour in hazard pay for those working the holiday shopping season.

“When the CDC is saying that Americans should not gather our families for Thanksgiving dinner, I do not believe that Walmart should be trying to entice crowds into our stores on Black Friday, and risk a Walmart super-spreader event,” Melissa Love, a Walmart worker part of the United for Respect advocacy group, said in a statement.

Hurricane Eta Edges Closer to Nicaragua as a Category 4 November 3, 2020

A man took refuge in a baseball stadium as Hurricane Eta made landfall in the Nicaraguan port of Pue...

DUBAI • An Iranian scientist long suspected by the West of masterminding a secret nuclear bomb progr...