When prices crashed in April, that foray turned into a disaster, spreading billions of dollars in losses to ordinary people. Many of them then missed out as oil surged in May and June, posting its best quarter in 30 years.

Now mutual-fund companies are revamping their products to prevent future collapses. Traders are reprogramming computers for a world in which oil can have a negative price. And banks and brokerages are facing pressure, resulting in settlements to cover losses and a class-action lawsuit filed last month against the largest oil exchange-traded fund.

As individuals watched their money evaporate, some market professionals thrived. They understood not just commodities, but also the vulnerabilities in the products amateurs were trading.

Cho Byung-jae got burned in this new trading world. A 22-year-old South Korean living in a city south of Seoul, he bought crude futures at 30 cents a barrel back in April. He then watched in horror as prices kept falling. Just after 3 a.m. local time, oil fell below $0 for the first time ever—meaning he’d have to pay to get rid of his holdings.

All the while, Mr. Cho’s trading platform still showed positive prices. As he tried to sell, the platform froze. When the dust cleared, he faced losses up to $56,000.

“The prices…were going haywire,” Mr. Cho said. “There was something very wrong.”

At that very moment, customers around the world using brokerages including

LLC were also unable to trade at negative prices.

These brokerages had spent years making oil products easy to trade and giving individual investors access to futures contracts like those Mr. Cho bought. Futures contracts are promises to deliver a commodity at certain times, allowing investors to speculate on price moves and producers to protect against large swings. When a regular U.S. crude futures contract expires, the holder must either sell it or take delivery of barrels of oil the following month.

Many brokerages also offer futures that are settled with cash instead of oil. Mr. Cho bought one of these “e-mini futures” that trade on

That is exactly what happened on April 20. Regular futures slid to minus $37.63, and e-mini futures followed, trapping traders who couldn’t trade at negative prices.

What do you think the April crash means for the future of fossil fuels? Join the conversation below.

A similar contract on the

caused hefty losses. A chunk came from customers of Interactive Brokers, which has taken more than $100 million in losses covering for traders who held cash-settled contracts, according to billionaire founder and chairman Thomas Peterffy.

“Things like this should not happen,” said Mr. Peterffy, who wants exchanges and regulators to look into similar contracts and products tied to oil futures. An ICE spokesman declined to comment. Interactive Brokers has updated its software to account for negative prices.

Another source of pain: ETFs like the United States Oil Fund. These funds have surged in popularity, helping ordinary people enter the market while allowing sophisticated traders to wager on commodities more easily. They might have made things too easy, some analysts say.

“It’s so unstable and so volatile right now,” said Sean Douglas, a 36-year-old in Raleigh, N.C., who has about $1,500 invested in the U.S. Oil Fund. The fund’s price dropped toward $0 in late April before it executed a reverse share split to lift its shares.

Such funds are risky because they also trade futures contracts. Since the contracts expire every month, fund managers must sell them before expiration and buy the next month’s, in a process called “rolling.”

In normal times, prices one and two months into the future trade closely together, making it easy to roll holdings. But with prices collapsing this spring, large gaps emerged between near-dated futures and oil for delivery months down the road. And the U.S. Oil Fund had gotten so big in April that it needed to sell a huge number of front-month futures and buy a massive amount of the next month’s contracts.

Sharp-eyed traders profited by pushing down the contract the fund needed to sell and bidding up the futures it needed to buy. This activity swung oil prices, and anticipation of a repeat of that process spooked some traders out of holding any near-dated oil futures.

The ETF and other products had already sold their May futures, but whoever was left holding May contracts on April 20—the day before they expired—likely couldn’t find available storage, traders said. That forced them to pay others to take the contracts off their hands, pushing prices below $0.

The slide rippled around the world, affecting products including a Bank of China investment vehicle called “crude oil treasure.”

“I never thought oil prices could turn negative,” said Zhang Ye, a mechanical engineer who was informed the following morning in local time that he had lost his roughly $28,150 investment through the product and owed the bank another $44,925.

Bank of China had suspended trading on the product the night before, as it usually did when futures were nearing expiration.

Bank of China said it has asked CME to investigate the day’s moves. Investors could be left with total losses of about $1.3 billion, according to Chinese media outlet Caixin. China’s banking and insurance regulator said it is investigating the product, which the bank has stopped selling. In May, a state-run newspaper quoted a bank executive saying it reached settlements with more than 80% of the investors. Mr. Zhang is still holding out for a better deal.

A CME spokesman said markets worked as designed. The exchange operator told traders in early April that it was prepared for subzero prices. At about 1 p.m. ET on April 20, CME sent a notice to traders saying May futures could turn negative.

Vincent Elbhar, co-founder of Swiss hedge fund GZC Investment Management AG, sold put options, a form of insurance against falling prices, on April 21—a day he counts as one of the best in his career. 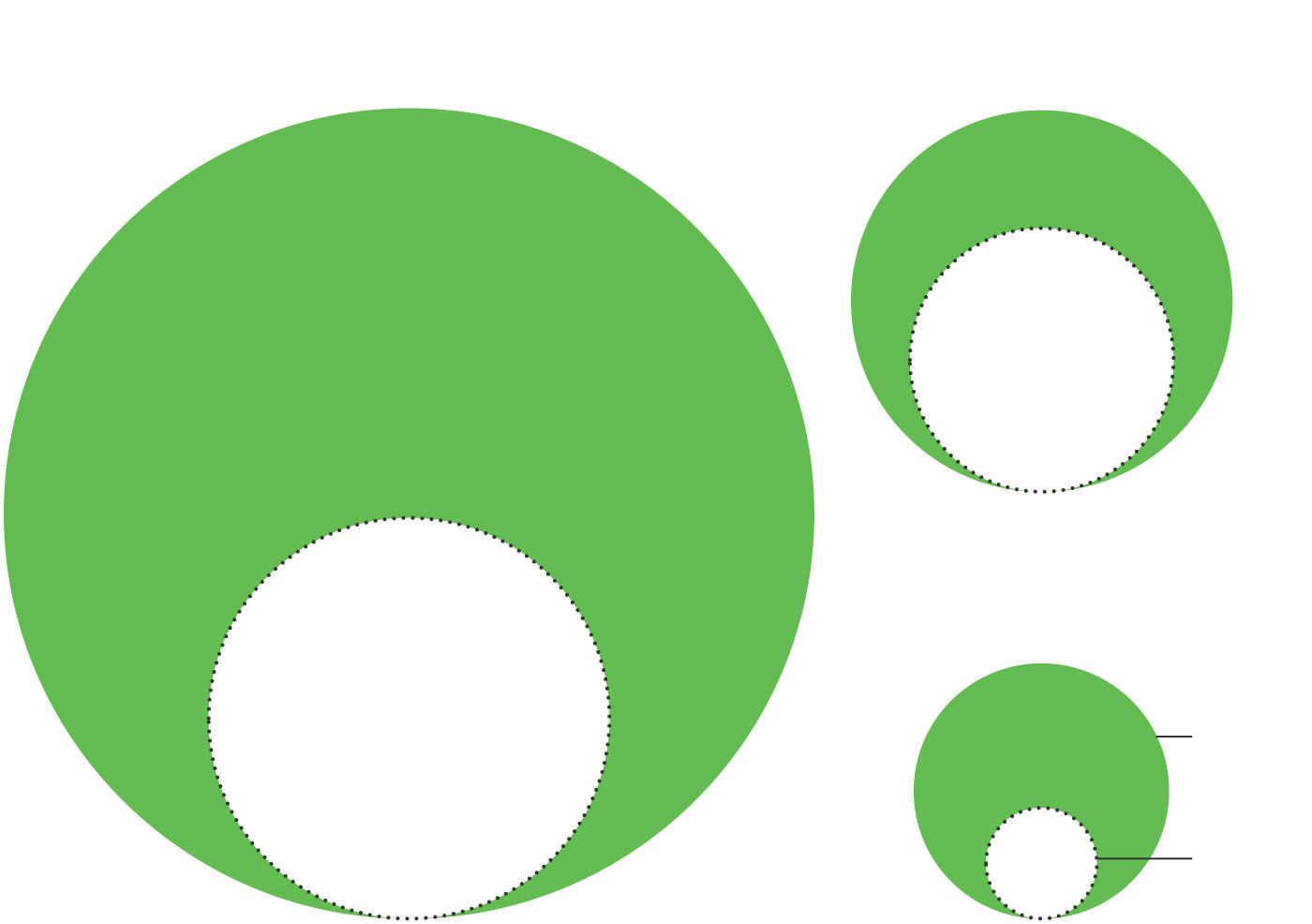 When the U.S. Oil Fund said that day it would move more of its holdings to later-dated contracts by selling June futures and buying others, New York-based Massar Capital Management LP also sold the June futures and bet that the gap between contracts with different expiry dates would widen.

“The only ‘way out’ for the ETF requires a set of trades that have to be massive in scope,” Marwan Younes, Massar’s chief investment officer, said in an email to investors that morning.

The U.S. Oil Fund has since restructured following pressure from exchanges and regulators. A class-action lawsuit was filed on June 19 against the ETF, the company that operates it—United States Commodity Funds LLC—and that firm’s CEO and chief financial officer in the Southern District of New York. The complaint alleges the fund offered new shares in March without properly disclosing extraordinary market conditions to investors.

A USCF spokeswoman said the company believes the claim is without merit and would move for its dismissal.

The Commodity Futures Trading Commission issued a public advisory in late May highlighting the risks of trading commodity products, but for many investors it was too late.

Several days after the April 20 crash, a representative of Mr. Cho’s brokerage,

Instead, he made a sign reading “Every day is hell for the victims! Compensate immediately!” and protested at Kiwoom’s Seoul headquarters. That got him a meeting with the firm’s chief executive. Mr. Cho eventually accepted the offer to pay more than $7,000.

Kiwoom has nearly finished providing compensation for about 50 similar cases and expects its losses to total over 1 billion won ($818,000), a spokesman said.

“It was all really absurd,” Mr. Cho said. “I felt that they were the ones who messed up, but I had to pay the price.”

—Xie Yu in Hong Kong contributed to this story.

Write to Amrith Ramkumar at amrith.ramkumar@wsj.com, Joe Wallace at Joe.Wallace@wsj.com and Frances Yoon at frances.yoon@wsj.com

Wealth Management and Its Importance July 4, 2020

Most people think they need to slavishly follow personal finance advice. They're wrong May 20, 2020

Petar Chernaev Millions of people want a better idea of how to handle their money. Personal finance...