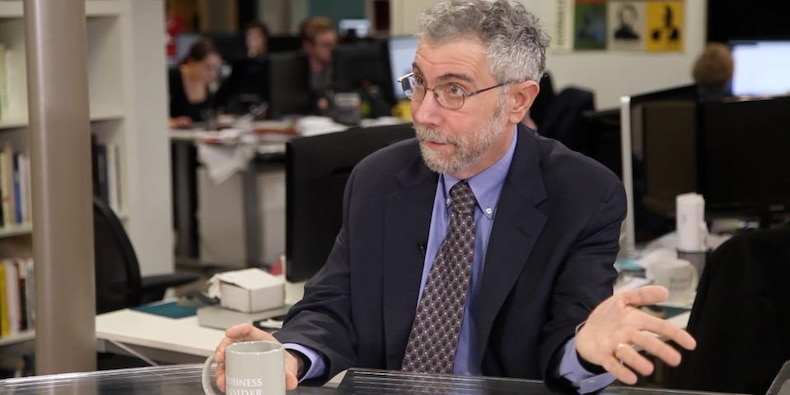 Paul Krugman said he doesn’t expect President-elect Biden to engage in Trump-style boasting — and his team will be composed of people unlike the “quacks and hacks” that occupy the current administration.

“I don’t expect Biden to engage in Trump-like boasting; he’s not that kind of guy, and his economics team will be composed of people who care about their professional reputations, not the quacks and hacks who populate the current administration,” the Nobel Prize-winning economist said in a New York Times opinion piece.

Krugman said while no one is certain which of the COVID-19 vaccine candidates will be the first to roll out, he is optimistic about the US economy “roaring back” once widespread distribution is underway. But most other economists expect the recovery path to be more drawn-out as a result of scarring unemployment and closed businesses.

Unlike the 2008 financial crisis, he said households were not burdened by heavy debt at the start of the pandemic. And while net worth took a brief hit, Americans saved up a lot and accumulated substantial liquid assets.

That means pent-up demand will inevitably lead to a surge in spending and “suggests that Joe Biden will eventually preside over a soaring, ‘morning in America’-type recovery,” he said.

“Biden and his surrogates shouldn’t hesitate to call out Republicans, both in Washington and in state governments, when they try to sabotage the economy — which, of course, they will,” Krugman wrote. “I won’t even be surprised if we see GOP efforts to impede the wide distribution of a vaccine.”

He warned Biden should not become complacent over good economic news, since short-terms booms don’t do much for long-term prosperity. Rebuilding of infrastructure, conditions of US families, and climate change concerns will all need consistent handling, he said.

“So even if I’m right about the prospects for a Biden boom, the political benefits of that boom shouldn’t be cause for complacency; they should be harnessed in the service of fixing America for the long run.”

“And the fact that Biden may be able to do that is reason for hope.”

Read More: A Wall Street strategist breaks down why bitcoin’s latest surge past $18,000 is sniffing out a major downward spiral in the stock market’s hottest trade

Hurricane Eta Edges Closer to Nicaragua as a Category 4 November 3, 2020

A man took refuge in a baseball stadium as Hurricane Eta made landfall in the Nicaraguan port of Pue...