Labour markets take a dramatic turn for the worse 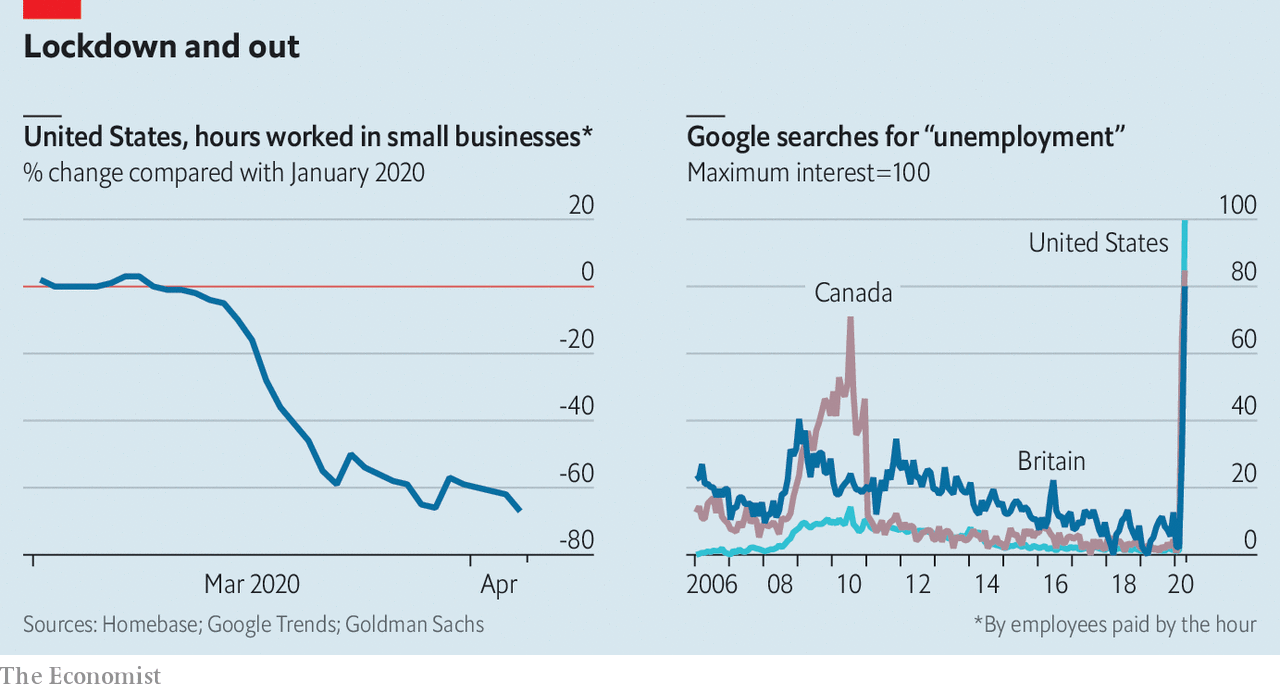 AFTER YEARS of robust health, labour markets have taken a dramatic turn for the worse. With the pandemic forcing shutdowns, many people are working fewer hours, if at all. Internet searches for “unemployment”, often a timely indicator of joblessness, are at record highs. Economists at Goldman Sachs expect the unemployment rate to reach 15% in America later this year. That is the highest for the best part of a century.

Germany's third coronavirus wave 'appears to have broken': Minister May 7, 2021

BERLIN (AFP) - Germany seems to have halted a surge of coronavirus infections driven by the British...