Coronavirus patients describe symptoms that last a month or more 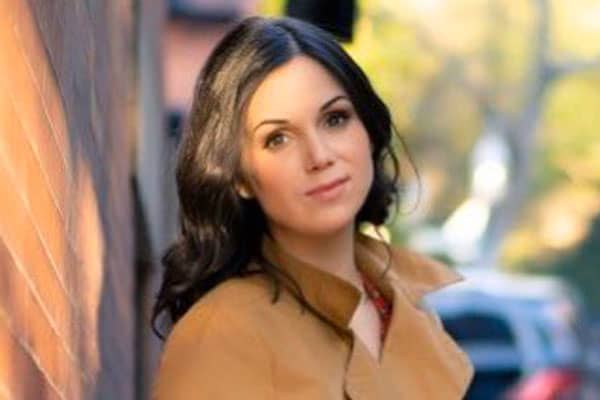 Teresa Rodriguez knew something was wrong when she lost her sense of smell.

She was cooking dinner with her daughter, and it hit her that something was off. The following morning, on March 23, she woke up feeling extremely tired, and her health deteriorated quickly from there.

“By the next week, I was totally immobilized,” she said.

Once she had the strength to get out of bed, Rodriguez, who is in her early 50s, drove to the nearest community Covid-19 testing site in the San Francisco Bay Area, staffed by the Alphabet company Verily. A few days later, the test came back positive.

It’s now been more than a month since she started experiencing symptoms, and she’s still battling a lingering headache, cough and fatigue. Rodriguez is just starting to feel like she can move around her home, but she’s still not feeling like her usual energetic self.

She’s had plenty of colds and flus in the past, and described Covid-19 as “far worse.” What has surprised her the most, aside from the severity of the symptoms, is the longevity.

She’s far from alone. Patients diagnosed or suspected to have Covid-19 are posting via online forums and on social media about symptoms that feel endless. Many say it comes in waves. They start feeling better after a few weeks, but it hits them again and persists. These patients say they’re in the middle camp between those who experience the virus like a mild cold or flu, and those who are so sick they end up at the hospital.

It has been a frustrating experience, they say, especially for those who are struggling to get back to work and care for their kids after more than a month of feeling under the weather.

‘We’re still figuring this disease out’

The doctors treating Covid-19 patients say it’s possible some patients will experience lingering symptoms of the virus for a month or more.

People with mild cases typically recover in 10 to 14 days. But when the virus travels to the lungs and causes pneumonia, recovery may take six weeks or longer.

“I’ve had at least one patient who stayed positive on PCR nasopharyngeal swabs for a month and counting,” said Dr. Eric Strong, a clinical associate professor at Stanford University’s School of Medicine.

But Strong pointed to recent reports (the data has not yet been released) from South Korea showing that reinfections could be false positives caused by the test picking up RNA fragments of dead virus particles. So these patients, who are experiencing prolonged symptoms, might not still be contagious.

“It doesn’t mean that patients can’t remain symptomatic for prolonged periods of time as a consequence of their SARS-CoV-2 infection,” he said, referring to the formal name of the virus that causes Covid-19.

“But it would suggest that some are not still infected, which would be akin to post-Lyme disease syndrome.” Some patients who have Lyme disease will report symptoms that linger for up to six months after they have been treated with oral antibiotics.

In other words, there are still many unknowns. “We’re still figuring this disease out, and it may be a long time before we definitively know the answers to some of these questions,” added Strong.

Another physician and public health expert, Dr. Esther Choo, says she has seen Covid-19 cases where the infection seems to last a long time. But she also points out that those who have a virus like Covid-19 are susceptible to secondary infections, which could be bacterial. So she advises patients who are still feeling sick after weeks to see a doctor.

Choo also cautions that we don’t know enough yet about Covid-19 to draw any quick conclusions.

“When you have a baby disease, which is 4 months old, what you see first is the most common experience,” she said. “The experiences at the outer bands, the outliers, it takes a while for us to understand those,” she said.

Massachusetts resident Kate Porter originally got tested for the coronavirus in the middle of March.

When the result came back positive, she was told to self-quarantine. The Centers for Disease Control and Prevention has issued a guidance stating that people with Covid-19 can stop isolating themselves when they’ve been fever-free for 72 hours without fever-reducing medicine. If possible, it adds, patients should wait for negative results on two tests, spaced at least 24 hours apart.

After a few weeks of feeling unwell, Porter told her office that she was ready to resume her regular workload.

But then, she said, another wave of symptoms hit her.

“I felt annihilated,” she said, noting that she is still struggling with an intermittent cough, tightness in her chest, low-grade fevers and stomach ailments.

For support, she’s been reaching out to online communities like Reddit to talk with others who are going through something similar. In some cases, she says, patients feel unfairly judged by friends, family members and colleagues, who have read reports that mild cases typically clear up in a week or two. So she’s been trying to raise awareness that there are patients who are struggling to get back to their usual selves for quite some time.

“I woke up drenched in sweat this morning,” she said in late April, a month after her diagnosis. “It literally feels like it will never end.”

Stock Futures Rise After Turbulent Week of Trading May 14, 2021